Mamma Mia is a musical based on the songs of ABBA. The title of the musical is taken from the group’s 1975 chart-topper Mamma Mia.

It has been seen by over 20 million people worldwide. The story revolves around Sophie and her mother, Donna. Sophie is about to be married and wants her father to give her away at her wedding; Donna isn’t sure which of three possible men he might be. This show has renewed popularity with the success of the film. Book your tickets to this sell-out show now.

✅Best Seats Available: We Provide Only Best Stalls Or Dress Circle Seats!
✅Exclusive Access: Jump the queues and bypass the box office!
✅Buy with Confidence: Our Mamma Mia Tickets are 100% Guaranteed!
✅Peace of Mind: Get in touch anytime by Email or Telephone – UK 0203 070 3997

Mamma Mia! is the West End’s mother of all jukebox musicals, and my my, how can you resist it? Impressing audiences since 1999, Mamma Mia! has earned an Olivier Award and has also been made into a successful film, starring Meryl Streep and Pierce Brosnan. Featuring hit after hit from ABBA members Benny Andersson and Björn Ulvaeus, Mamma Mia! is London’s most successful jukebox musical, with a powerful storyline peppered with great songs.

Set in the 90’s on a paradise Greek island, Mamma Mia! is a heart-warming tale of a close mother and daughter who are both on bumpy paths to true love. As young Sophie prepares to marry island stud Sky, she wishes that her father would be able to walk her down the aisle. Unfortunately, Sophie is not quite sure who her father is, but soon pinpoints three possible paternal figures after examining her mother’s old diaries! In order to discover who her father really is, Sophie invites all three men to her wedding – without Donna even knowing! Soon, Donna’s best girlfriends arrive on the island – just in time as Donna faces the ghosts of lovers past! 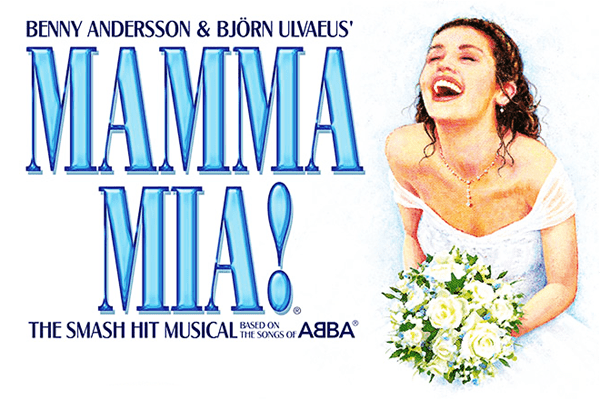