This year’s games will be hosted at the Tottenham Hotspur Stadium, home of the Premier League football club.

When are the NFL London fixtures?

Be prepared for the return of the NFL London Games as action-packed matches are played during the NFL series in London.

Two games usually take place at the Tottenham Hotspur Stadium, the first purpose-built NFL stadium outside of the US; while two more games are usually played at Wembley Stadium.

Support London’s home team, the Jacksonville Jaguars, or cheer on new visiting NFL teams in London. You can expect an amazing show of sporting skills, athletic prowess and lively entertainment.

NFL London Games in London, has been in place since 2007. Initially, all games in the International Series were held in London. Wembley Stadium was the exclusive home stadium for International Series games from 2007 to 2015 and will continue to host at least two NFL games through at least 2020; beginning in 2016, the series expanded to more stadiums, first to Twickenham Stadium in London (2016–17) and to Tottenham Hotspur Stadium in London (2019–28)

The games have been popular, with tickets selling out in two days, nine months in advance. According to the NFL, only 3% of those attending the London games are Americans or American expatriates, while 22% are from London and 60% from elsewhere in Britain.

This notice serves as a prominent warning that is designed to minimise any confusion between two trade names or trademarks to any visitors to our website. We do not claim to be NFL Properties LLC who is the registered proprietor of a portfolio of trademarks regarding this event.

Honest referential use of trademarks with reference to the branded products we re-sell, is to show that your goods are compatible with them. The use is in accordance with honest practices in industrial or commercial matters.

We are Ticketstosee.com,  known as the web site www.ticketstosee.com is an independent ticket broker engaged in the service of finding and providing hard to get tickets & hospitality to all concerts, sporting, theatre, and cultural events world-wide to VIP clients.

We are re-sellers of genuine event tickets or hospitality to events, and we do not claim title to the goods we re-sell.

We are not affiliated with, nor do we have any licenses or strategic alliances with, nor are we authorised by any official box office, promoter, venue, theatre, stadium, hotel, sporting team or sporting association.

All and any copyrights, trademarks, trade names etc shown are for descriptive purposes only to identify the brand owner’s goods/services, they are both honest and referential. To explicitly clarify, we are not the owner of the brand and do not claim any association or endorsement with the owners of the brand and trademark. We are not passing off our company for any other.

We also explicitly state that we are in no way adopting any other trademark as our own brand, which is overtly promoted on this website as Ticketstosee.com with our own logo type. We act only as a re-seller of the product and make no claim to be passing off as the registered owner.

Any honest referential use of a protected brand is not being used too prominently relative to our own brand and any use categorically does not give the impression of a greater commercial connection with the protected brand than exists in reality or any misrepresentation or confusion to viewers of our site.

Our business name is Ticketstosee.com we are not associated in any way with the intellectual property holder or registered proprietor of any of the trademarks used in the description of the tickets we resell.

We explicitly state, to avoid any confusion, misrepresentation or claims of passing off that Ticketstosee.com (Our Brand Name) have absolutely no connection with NFL Properties LLC connection with any of its intellectual property matters. 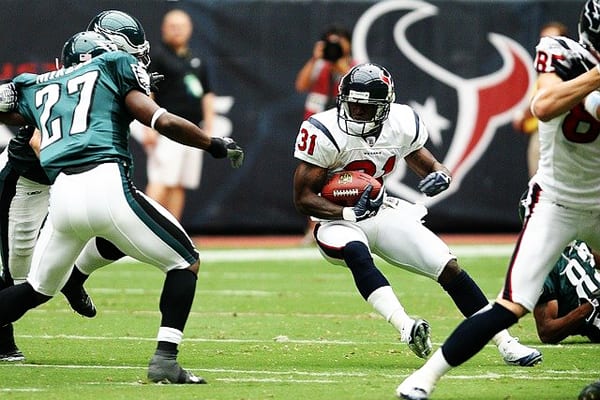