Obtaining Royal Opera House Tickets is next to impossible without becoming a member or joining an endless queue & sleeping out overnight at the ROH Covent Garden!

Getting your hands on the best seats for the ROH The Nutcracker & the ROH Ballet with incredible vantage points of the stage or footwork can be an arduous quest which we make Quick & Easy! View where your seats are on our handy Royal Opera House Seating Plan.

If you are looking for the perfect night out in London, a night at the Opera or Ballet may be just what you need.

If you are a lover of Ballet or Opera who is looking to catch a performance at the Royal Opera House, Ticketstosee can help you get the best seats in the house. Whether you would like to watch a performance of Swan Lake from the Stalls, or prefer to see La Traviata from The Donald Gordon Grand Tier, we can help.

We are an experienced ticket broker with decades in the business. We have years of experience and know-how that allow us to obtain those unobtainable tickets for performances at the Royal Opera House so that you don’t have to wait in line or pay overinflated prices. We also never sell out!

When you order your tickets from Ticketstosee, we will ensure that your seats offer excellent acoustics and sightlines – so that you can enjoy your experience to its fullest potential.

Richard Eyre’s beautiful production provides the perfect setting for Verdi’s opera about a courtesan who sacrifices all for love.

The rich heritage of The Royal Ballet’s repertory and style are presented in three works by the Company’s founding choreographer, Frederick Ashton.

Donizetti’s comic tale of trickery and deception has delighted and surprised audiences for centuries.

The clash of Eastern and Western cultures proves the downfall of a young geisha in one of the most popular of all Italian operas.

Wonderful music and humour in Mozart’s witty and compassionate examination of young love.

Damiano Michieletto’s Olivier Award-winning double production draws these opera classics together in a thrillingly observed re-creation of life in a southern Italian village.

Join The Royal Ballet School for a dazzling showcase of the exceptional talents of its young dancers.

Speranza Scappucci makes her Royal Opera debut conducting these special concert performances of one of Verdi’s most stirring operas.

for best seats as it is one of the most prestigious and prominent venues for the royal ballet and royal opera in the country.

Obtaining Royal Opera House tickets for an opera or ballet performances is difficult due to the demand and the popularity, despite there being more than two thousand seats for every performance.

Tickets sell-out within a matter of minutes, for Opera Tickets London especially for Covent Garden opera house and many dedicated opera and ballet enthusiasts, miss out on wonderful Royal ballet and Royal opera productions.

At Tickets To See, we make these premium Royal Opera House London tickets available. We guarantee that we can obtain the best seats across various different areas of the house, including the Orchestra Stalls, the Stalls Circle and the Grand Tier.

You can view your seat locations on our royal opera house seating plan. Our easy-to-use website allows users to find the best opera seats and ballet London tickets to enjoy some of the best-loved classic ballets and operas from stunning vantage points around the traditional proscenium arch of The Royal Opera House.

Originally formed as the Covent Garden Opera Company in 1946, the Royal Opera actually has a heritage which dates back more than 260 years. Three theatres have been open on the same site since 1732; the previous two fell victim to fires which ripped them apart and left them needing

The theatre as it stands today was built in 1858, and after World War II, the decision was made to establish the Royal Opera House (as it was now known) to act as the year-round home of an opera and a ballet company, now known as The Royal Opera and the Royal Ballet.

The building closed in 1997 for major development and renovation work funded by the Arts Council and the Arts Lottery. The work took around two-and-a-half years, during which time the resident companies put on productions at the Barbican Theatre, the Shaftesbury Theatre and Sadler’s Wells, all of which were well-received. When the companies returned to their home in December 1999, a period of fine revivals took place, and the casts and crews enjoyed a plethora of advanced technology and new Royal Opera House stage equipment that took their performances to the next level.

Electronic libretto systems allow audiences to keep track of the complicated dialogue in some of the foreign language operas, the venue is claimed to be the most modern opera house facility in all of Europe; not bad for an establishment more than 250 years old.

The traditional horseshoe-shaped auditorium of the Royal Opera House is something of a rarity in theatre nowadays; one of the largest theatrical venues in the country, it consistently hosts some of the most highly-anticipated performances of ballet and opera. The Royal Opera, the Royal Ballet and the Royal Opera House Orchestra are all residents at the prestigious venue, which is located in the heart of Covent Garden for easy access to the majority of patrons.

A number of renowned hotels and restaurants sit within walking distance for an evening of pure luxury and culture, and Covent Garden itself is known for its more traditional atmosphere. The location is very central, offering easy access to anyone travelling to London using public transport or their own vehicle, and the dramatic entrance of the Royal Opera House building cannot be missed.

From hugely popular ballets like The Nutcracker and Swan Lake to Shakespeare’s great tragedies, with a helping of authentic Italian opera thrown in, the Royal Opera House is one of the country’s most spectacular venue. Further info Royal Opera House

Those lucky few who are able to obtain Royal Opera House tickets are in for a once-in-a-lifetime experience. Nutcracker, Alice In Wonderland, Manon, Faust, La Traviata, Don Quixote, Madame Butterfly, Giselle and La Boheme best seats at the royal opera house are guaranteed when you buy from Ticketstosee.com. 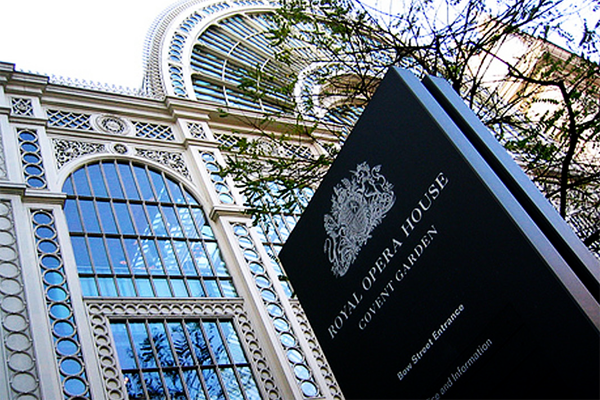