‘No sir, you will command me no more…’. A woman on the brink of ending it all; another just beginning

A woman on the brink of ending it all; another just beginning

Director Laurent Pelly joins conductor Robin Ticciati for a French double-bill that opens with tragic heartbreak and ends with a riotous, surreal comedy.

Alone in her apartment, a woman talks to her former lover on the telephone. She teases, flirts, promises, lies and pleads. Finally, telling him again and again that she loves him, she drops the receiver…

Poulenc’s La voix humaine is opera distilled down to its essence: a musical monologue of searing intensity.

Frustrated with her life as a housewife, Thérèse transforms herself into a man and heads out into the world, leaving her husband at home to take care of the baby-making. Exploding with musical invention, combining everything from patter songs to Broadway numbers, chorales and lyrical arias, Poulenc’s Les mamelles de Tirésias is a giddy romp of an opera that throws questions of politics, gender and society up into the air and watches them shatter into hundreds of glittering pieces. 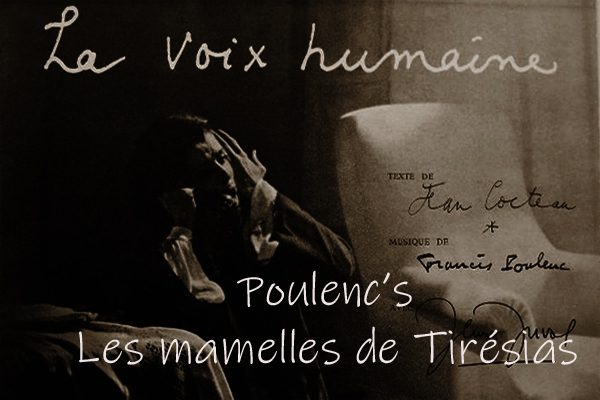