Buy rugby Six Nations rugby tickets 2023 now, even if they are hard to get or sold out for the popular 6 Nations tournament. The Six Nations fixtures 2023 run from February until March.

We supply rugby tickets for every match of the Guinness VI Nations, even if they are sold out! Check out why these 6 Nations Rugby tickets are so hard to buy by opening the rugby Six Nations Fixtures 2023 Info tab above. Personal or Corporate Bookings!

With the Six Nations Rugby Championship 2023 just around the corner, excitement is building for every rugby fan.

If you’re among those fans—or hoping to be one of them—you’re probably wondering where you can get tickets to an event that will sell out. And you’ve probably noticed that those elusive tickets aren’t exactly cheap—and if you do find some that meet your price point, they’re for nosebleed seats at the very back of the stadium with a view of the game that’s only slightly better than what you could see on television.

At Ticketstosee, we know that’s not how it should be. That’s why we take pride in obtaining the unobtainable—the best seats along the touchline and behind the sticks, where you can watch every detail of each play as it happens, right before your eyes.

We don’t want you to miss out on this once-in-a-lifetime experience because tickets are sold elsewhere. So we make it our mission to ensure that never happens.

We are your box office—for cash-rich, time-poor VIPs and Corporates who want nothing more than front row seats for an exciting rugby match and don’t have time to scour the market.

2023 Guinness Six Nations fixtures who will France open their title defence against? France claimed their first Grand Slam and championship title in the Six Nations since 2010 as they beat England 25-13 on Saturday after passing a test of nerves in a contest they largely dominated at a packed Stade de France.

The thrills, the passion, the intensity: Welcome to Europe’s biggest rugby tournament. The Guinness Six Nations Championship in 2023 will be a mouth-watering competition featuring the most powerful nations in the northern hemisphere.

Super Saturday 2023 will take place on, to be advised March.

IMPORTANT NOTICE DISCLAIMER
This notice serves as a prominent warning designed to minimise any confusion between two trade names or trademarks to any visitors to our website. We do not claim to be (Six Nations Rugby Ltd) who is the registered proprietor of a portfolio of brands regarding this event.

Ticketstosee, known as the website www.ticketstosee.com is an independent ticket broker engaged in finding and providing hard to get tickets & hospitality to all concerts, sporting, theatre and cultural events worldwide.

We are not affiliated with, nor do we have any licenses or strategic alliances with, nor are we authorised by any box office, promoter, venue, theatre, stadium, hotel, sporting team or sporting association.

All copyrights, trademarks, and trade names used are for descriptive purposes only. We offer goods or services as a re-seller branded as Ticketstosee.com, an independent ticket broker; we in no way seek to deceive our customers into believing that they are buying the goods or services of another party that they trust and are familiar with.

This disclaimer explicitly avoids any misrepresentation or confusion of viewers of our website Ticketstosee.com and associated damage to the goodwill of a business or person. Furthermore, as we only re-sell tickets second hand, there is no damage financially through revenue lost on unsold products and services.

All copyrights, trademarks, trade names etc., shown are for descriptive purposes only to identify the brand owner’s goods/services; they are both honest and referential. To explicitly clarify, we are not the brand owner and do not claim any association or endorsement with the owners of the brand and trademark. Additionally, we are not passing off our company for any other.

We also explicitly state that we are not adopting any other trademark as our brand, which is overtly promoted on this website as Ticketstosee.com with our logotype. We act only as a re-seller of the product and do not claim to be passing off as the registered owner.

Any honest referential use of a protected brand is not being used too prominently relative to our own brand, and any use categorically does not give the impression of a greater commercial connection with the protected brand than exists in reality or any misrepresentation or confusion to viewers of our site.

We explicitly state, to avoid any confusion, misrepresentation or claims of passing off, that Ticketstosee.com (Our Brand Name) have no connection with (Six Nations Rugby Ltd) in connection with any of its intellectual property matters.

Honest referential use of trademarks concerning the branded products we re-sell is to show that your goods are compatible with them. The service is in accordance with honest practices in industrial or commercial matters.

When Do 6 Nations Tickets go on Sale?

Rugby’s Greatest Championship, the Guinness 6 Nations, is a festival of rugby union where proud fans of the six nations teams – England, France, Ireland, Italy, Scotland and Wales can enjoy the best rugby over five weekends in February and March. You can buy at any time from us.

Why is Rugby Six Nations Tickets 2023 so difficult to buy?

Six Nations tickets are not made easily available to the general public as the sale of 6 Nations tickets is controlled by the host Union of each match. Host and visiting Unions allocate tickets first to rugby players and 2nd to the registered club, then finally to a minimal number of registered supporter clubs. Suppose any six nations rugby tickets are left. In that case, these are sold to the general public, but this is very rare for big matches, and they are practically impossible to obtain from a regular box office or website.

This makes obtaining Six Nations Championship Tickets incredibly difficult for most matches for the public. We are a London specialist and an unbeatable source for all VI Nations tickets. We can obtain seats for large or small groups and your preferred seating position at all venues, including Twickenham, Murrayfield, Millennium Stadium, Stade de France and Aviva Stadium Dublin. Tickets to see is the easy way to buy these hard to get access.

Are any Guinness Six Nations 2023 tickets available to the general public?

The Union contact details are listed below. To register and join as a supporter and then enter the ballot to try to get RFU tickets.

It is a challenging, laborious and usually unsuccessful quest for Six Nations Rugby Tickets 2023 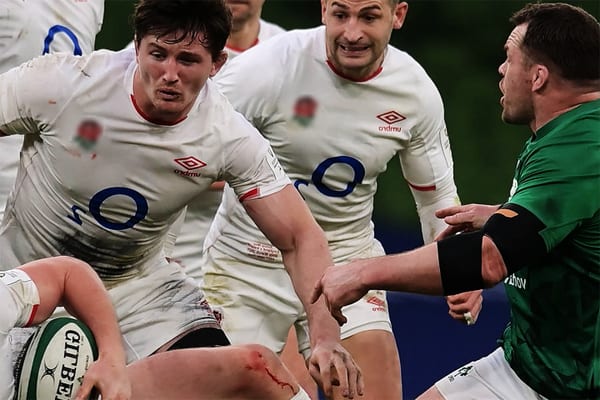