Moulin Rouge! The Musical Tickets London at the Piccadilly Theatre

When writer Christian meets dancer Satine, it isn’t long before they fall in love. However, Moulin Rouge owner Harold ZidlerSizesies on Satine to appease the Duke of Monroth, whose money keeps his business running. Soon, Satine is forced to choose between her career and true love.

Moulin Rouge! The Musical celebrates some of the greatest popular music of the last half a century, featuring many favourites and new additions that have topped the charts since the movie was released.

The cabaret venue Moulin Rouge in Paris has a long history of sauciness and fun, home to the infamous Can-Can dance. The 2001 movie of the same name transformed the fun into a dazzling musical with romance at its heart. It was a smash hit. Now it’s on stage, fresh from Broadway, and it’s set to delight West End audiences with colour, action, light, dance, song and – of course – true love. It’s brilliant.

The original Moulin Rouge, AKA ‘Red Mill, burned to the ground in 1915, having been founded in 1889 by Charles Zidler and Joseph Oller, owners of the infamous Paris Olympia. The venue was on the doorstep of Montmartre in Paris, in the district of Pigalle, famed for the scarlet windmill on its roof. It was the birthplace of the modern Can-Can, originally danced by the prostitutes who worked out of the site. It soon became a form of entertainment in its own right and inspired cabarets to pop up all over Europe. These days the Moulin Rouge is a tourist attraction providing dance entertainment to visitors, but examine the décor, and you’ll see it still reflects the romance of fin de siècle France.

The plot? The scene is Paris in 1899. A young Englishman falls for the lovely Satine, a singer at the Moulin Rouge. But the venue manager has promised Satine to a wealthy Duke as a reward for paying the costs of his latest stage production. The lovers have to meet secretly, but as Satine’s wedding to the Duke approaches, she hides a fatal secret from both men. 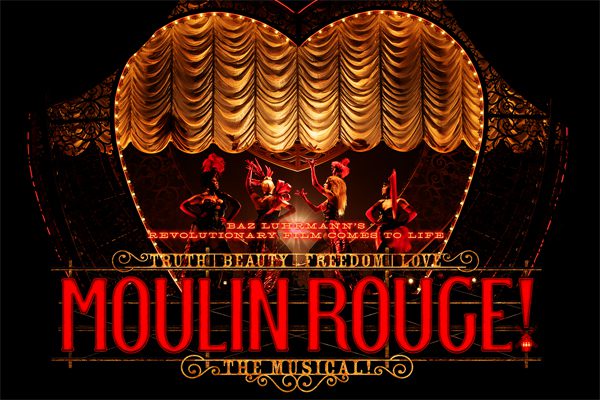