The Globe Theatre London buys for any sell-out performances. This open-air performance arena draws audiences from across the world and sells out every year.

We obtain the best-reserved seats in the Middle and Upper Gallery protected from the elements but allowing you to comfortably take them at the moment.

These seats provide excellent vantage points of the stage at the Shakespeare’s Globe theater which is historically linked with William Shakespeare.

It is a modern reconstruction, with the ambience and essence of the original 1599 building. Secure your Globe Theatre tickets 2022 for this Shakespeare Theatre London now online or call our box office in the UK at 0203 070 3997

When was the Globe Theatre built

The original theatre site in London, associated with William Shakespeare, was built in 1599 by Shakespeare’s playing company, the Lord Chamberlain’s Men, on land owned by Thomas Brend and inherited by his son, Nicholas Brend and grandson Sir Matthew Brend. It was destroyed by fire on 29 June 1613, an additional theatre was built in a single site by June 1614 and closed in 1642. A modern reconstruction associated with the original site opened in 1997.

From 1909, the present Gielgud Theatre was called the same, until it was renamed in 1994. The New Globe now stands a few hundred yards from the original site. The rebuilding of this iconic building stems through a Trust set up by the pioneering American actor and director Sam Wanamaker. Buy Globe Theatre Tickets now 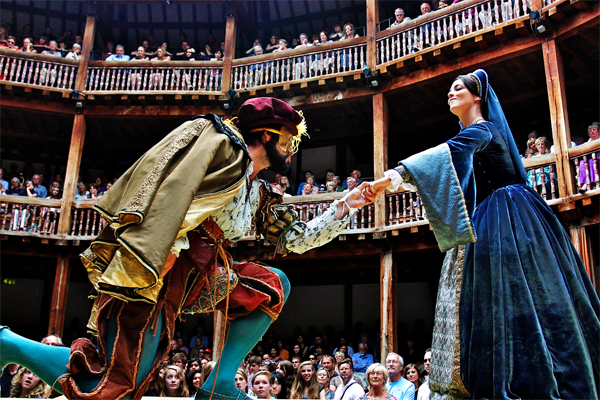